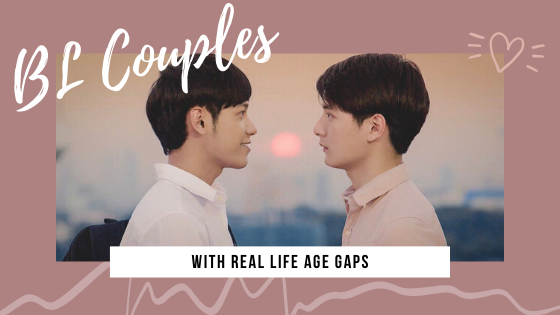 Hello hello! 🙂 Yes, it has been a while since I have written a post on this blog. My workload for my job has increased lately and I really just haven’t had the time or the mindset to sit down and blog. Because if anyone doesn’t know, blogging actually really does take a lot of time. I haven’t even started watching any new series since WHY R U ended either.

But anyway, the other day I was thinking about WHY R U The Series as I finished it not too long ago, and I was shocked to find out that the main couples have an age gap between them despite looking to be around the same age. Then more and more and more couples just kept dropping into my brain that have age gaps! And so now I’m writing this post about BL couples that have an age gap in real life lol. Here they are in no particular order.

*For reference: I am counting anything more than 4 years as an age gap. Four years and less, I don’t really consider it a gap.

Let’s start with WHY R U The Series since that is the last series that I finished. You guys…ALL the couples in Why R U have age gaps lol.

Tutor is played by Saint Suppapong who has truly made a name for himself in the Thai BL world of acting. He was born in April 1998 while his co-star Zee Pruk Panich, who plays Fighter, was born in September 1992. Saint just turned 22 while Zee will be turning 28 at the end of this year. If you want the exact count, their actual age gap is 5 years and 7 months.

The actor who plays Japan is named Park Parnupat Anomakti. The actor who plays Tanthai is named Seng Wichai Saefant. Neither actor seems to have a lot of acting credits at the moment although they have been involved with other projects before. Park was born in August 1992 while Seng was born in March 1999. Seng just turned 21 while Park will be turning 28 in three months. Exact age gap: 6 years and 7 months.

This a couple from WHY R U that didn’t get much screen time unfortunately, so their development was kind of left up to the viewers’ imagination. Dew is played by Max Saran Rujeerattanavorapan (good Lord that’s a mouthful!) who was born in October 1993. Blue is played by Nat Natasitt Uareksit. Both actors seem to be new to acting as I can’t find other acting credits for them. Nat was born in August 2002 making him a literal child that is 9 years younger than his co-star. Exact age gap: 8 years and 10 months.

Saifah is played by a model turned actor named Jimmy Karn Kritsanaphan who was born in February 2000. Zon is played by Tommy Sittichok Pueakpoolpol who was born in September of 1995 making him 5 years older than Jimmy. Tommy has had other guest roles in series and movies, and he’s had another main role in a series called Love Smart. Exact age gap: 4 years and 5 months.

Now let’s move right along into the HIStory universe. There have been three seasons of HIStory and believe it or not, each season has had couples with age gaps.

Hsia Yu Hao and Qui Zi Xuan were my favorite couple from season 2. They were so realistic with their acting and I’m pretty sure I’ve seen the series three times already lol. Hsia Yu Hao is played by Fandy Fan who was born in November 1993 making him 26 years old. Qui Zi Xuan is played by Zack Lu who was born in November 1988 making him 31! I cannot believe he’ll be 32 in November, he looks so darn young! 30 years old, playing a high school student lol, wow. Exact age gap: 5 years lol. Their birthdays are only one day apart.

Wang Zhen Wen and Wang Zhen Wu were the classmates turned stepbrothers which is why their names are basically the same. Zhen Wu’s name used to be Zhang Li Qin, but his mom married another man, causing his name to change to that of his new stepfather’s.

I felt kind of bad for Wang Zhen Wen because he had a crush on a guy, only for that guy’s mom to marry his dad and now they’re family. It’s understandable that he kept his feelings a secret because having a crush on your stepbrother is taboo. But they made it work.

I actually thought this couple had a much larger age gap but it turns out that the actor that plays Fei Sheng Zhi is much older than he looks. I shouldn’t even be surprised, but for some reason I always am when I find out how old these actors are lol. Anyway!

Fei Sheng Zhi is played by Hang Zhang and he was born in April 1990. Shi Yi Jie is played by Steven Jiang who was born in August 1982 making this man thirty- freakin-seven years old! He will be 38 in three months.

Seriously, what fountain of youth are these Asian actors drinking from?? Because I want some. Exact age gap: 7 years, 8 months

Another couple that I really liked! Lu Zhi Gang is played by Thomas Chang, born in October 1989. Sun Bo Xiang is played by Wilson Liu who is a newbie actor, born July 1998. I can’t find any other acting credits for him besides this series. Thomas Chang doesn’t have a lot of acting credits either. I truly hope that the both of them get more roles and have a successful acting career. Exact age gap: 9 years, 3 months.

Takumi and Gii are one of my favorite BL couples and they are from the Takumi-Kun movie series. They are just so domestic and wholesome. Some might think they can be pretty boring but to me, their movies have a certain charm to them and I like them a lot.

Takumi is played by a now retired actor named Hamao Kyousuke, born in June 1991. Gii is played by Watanabe Daisuke who was born in November 1982 making him 9 years older than his co-star. Exact age gap: 8 years, 7 months.

Nuer and Porsche are from the drama Grey Rainbow which was one of the first BL dramas that I ever watched. I loved it, yet it left me absolutely heartbroken. Nuer is played by an actor named Nut Nutchapon Rattanamongkol who was born on May 11, 1992 (happy belated birthday!). Porsche is played by a singer turned actor named Karn Kasidej Hongladaromp, born May 1997. Exact age gap: 5 years. Their birthdays are only two days apart.

This is the Kit and Ming from season 1 of 2 Moons The Series that I fell in love with. I actually had no idea there was an age gap between them more than just a few years. I had thought that all the actors in the show were around the same age, so imagine my surprise when I found out that Kit and Ming had a 7 year gap!

Ming, played by Kim Varodom Khemmonta, was born in April 1991. And Kit, played by Copter Panuwat Kerdthongtavee, was born in January of 1997, making him 7 years younger than Kim. Exact age gap: 6 years, 9 months.

This couple is from a drama that I still haven’t seen. I want to watch it but I know that it can’t really end well because Mes is a ghost. Ghosts and humans can’t fall in love and be together. I don’t want a sad ending right now so I’m still putting off watching this.

Nine and Rodtang are from the series Make It Right. I watched this series years ago so I honestly don’t remember that much lol. But I do know that this couple didn’t get a lot of development. Like, at all. Rodtang pretty much let Nine know that he liked him in the last episode (or close to the last episode) and then in the next season, Nine was recast with someone else. I still haven’t seen season 2 so I still don’t know how much development this couple gets.

Nine is played by Bonne Manapat Techakumphu, born June 1994. Rodtang is played by Beam Boonyakorn who was born in March of 2001. Exact age gap: 6 years and 9 months.

This is a couple that I actually don’t even like. I won’t get into why because it’s going to turn into a full on rant. But wow are they the kings of age gaps on this list! Farm is played by C’game Supawit Tantimaporn who was born in January 1995. Bright is played by Porsch Aphiwat Apiwatsayree, born August 1975. Exact age gap: 19 years and 5 months.

That’s all for this long list of actors. I’m sure there are more out there that I don’t have on this list. Maybe I’ll get around to making another 🙂 And if I made any mistakes calculating the age gaps, cut me some slack. I’m tired and busy and my brain hates math anyway Lolllll. 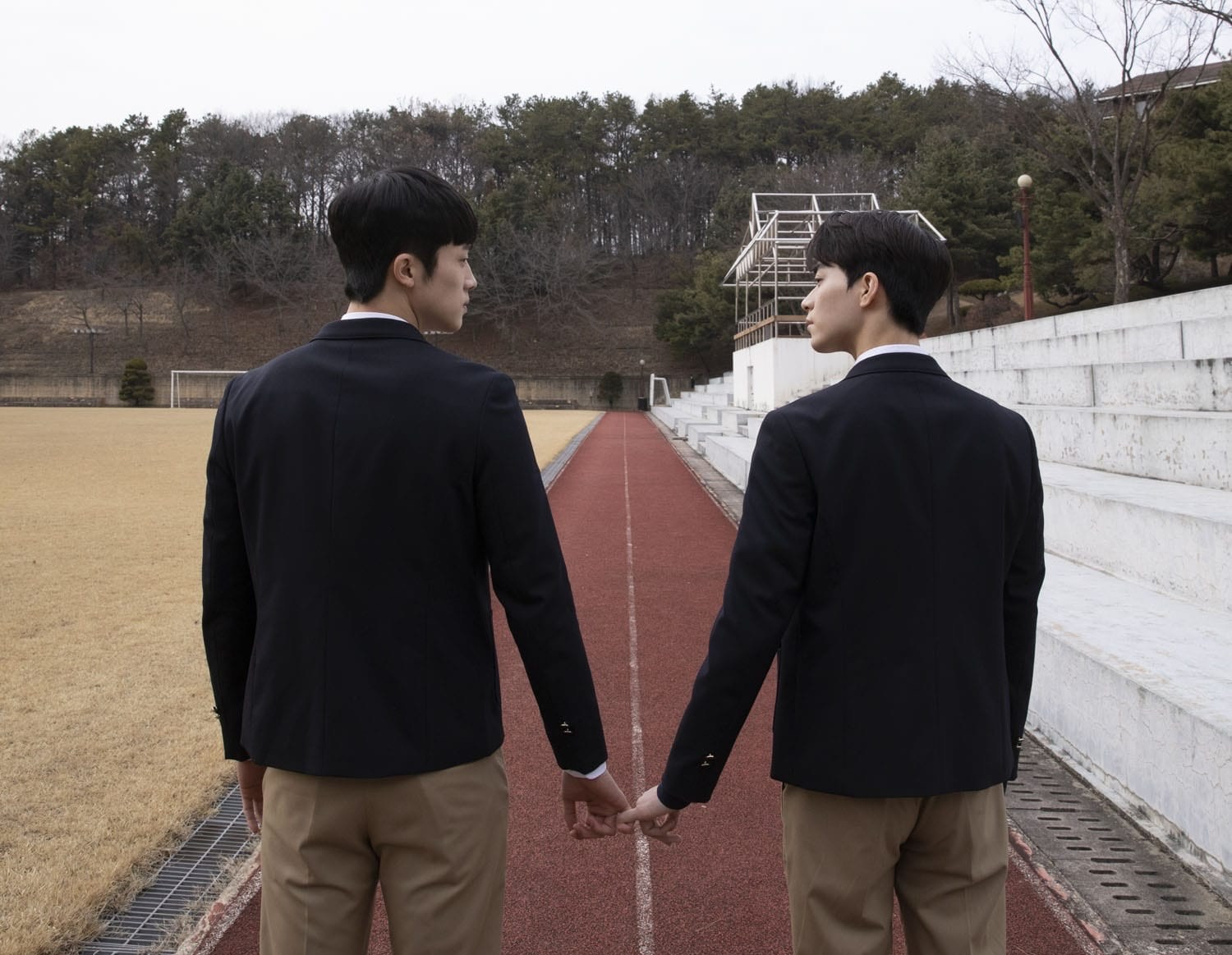 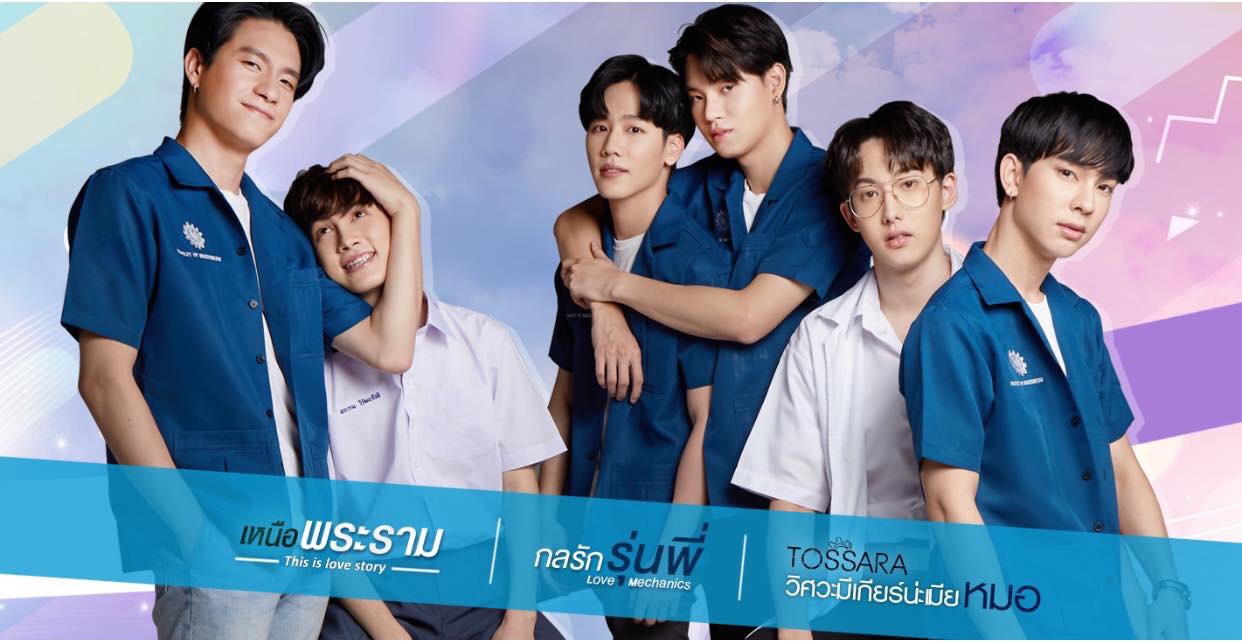 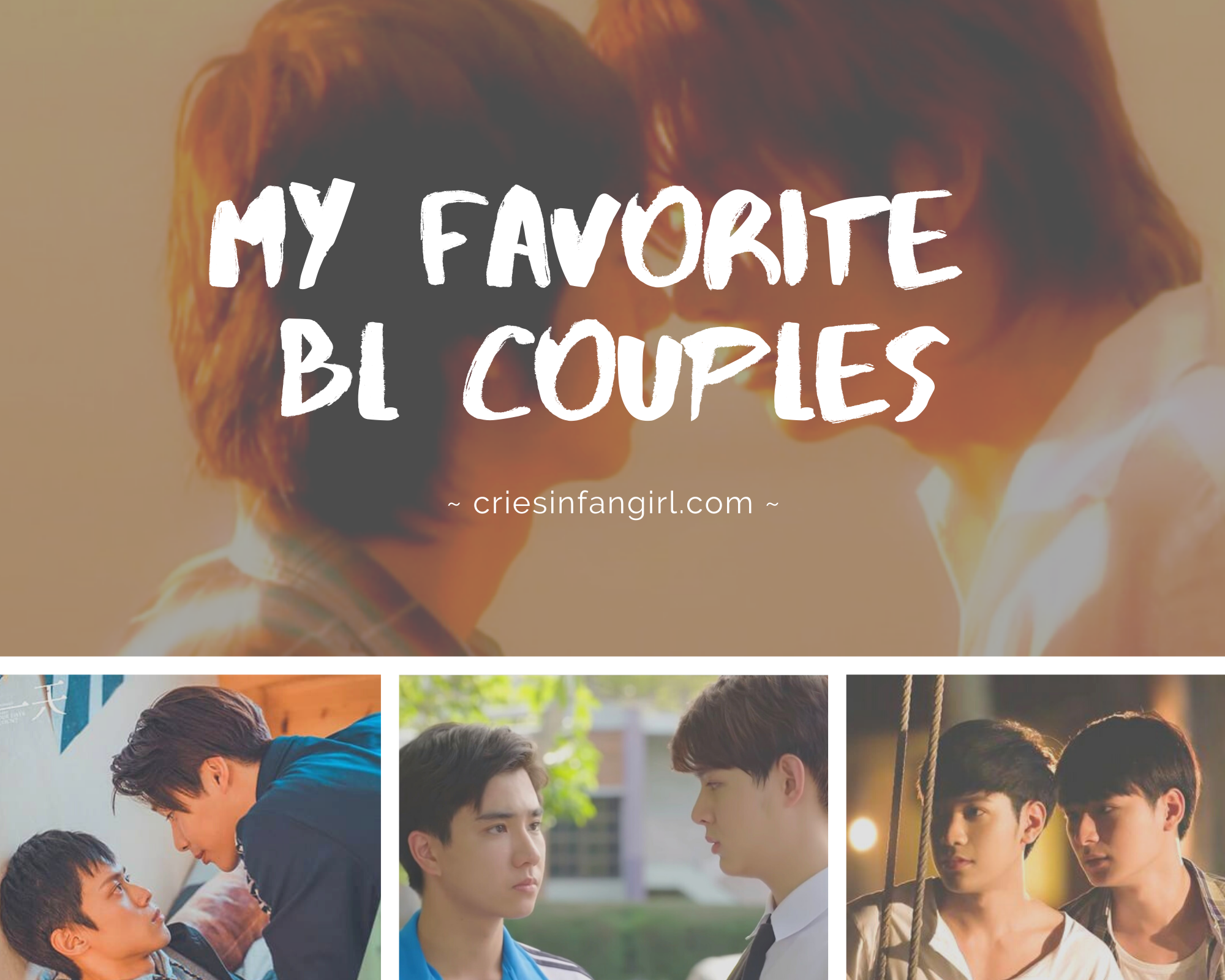