Episode 4 of Dark Blue Kiss starts off exactly where episode three leaves off and we are starting with a bang! So you know how Kao told Non that they are supposed to be keeping their tutoring sessions a secret? Well Non shows up at Pete and Kao’s university and starts talking to Kao and all their friends at the table.

Of course Pete hates this and automatically gets an attitude. But things get worse when Non lets it slip that Kao is still his tutor. Pete makes a point to let him know that their tutoring days together are over but Non just brushes it off with a “whatever you say”. And what makes Non showing up at the university even worse is when all Pete and Kao’s friends start being extra nice to him. It’s actually quite hilarious because Pete is all mad, Kao is feeling mad awkward, and the rest of the group is super oblivious to what is going on.

Their friend June is mad nosey though and thinks that something is going on between Pete and Kao and has thought so ever since Kiss Me Again. But their other friend, Sandee, knows because later on she says to them that they are too obvious and that they need to be careful. It really wouldn’t be so bad if Pete could control his freakin jealousy. He makes absolutely everyyytthhinngg obvious.

Anyway, the next day, Kao is supporting Pete during his filming for this modeling gig he has and of course Non is there because he works for the same company. Tensions are mad high between Pete and Non and Kao is caught in the middle of it all.

Honestly speaking, I don’t like how Kao never says anything when Non is around. I know he feels the tension because it’s all over his face. Yes, Pete is jealous and he goes too far sometimes. But Non goes too far too. He knows Pete and Kao have a closer than friends relationship and he continues to overstep his boundaries by playing the innnocent young boy routine. But when he is alone with Pete, all his pettiness comes out and he shows his true colors. I find it annoying that Kao can’t see through him.

Non even lies to Kao by saying that his phone died and he needs to borrow Kao’s to call his driver so he can go home. I had a feeling it was a lie and it turns out that it was. He does something with the phone that we can’t see and after using Kao’s phone, he walks away and hides behind a wall to pull out his phone which – surprise, surprise – is not dead. And he’s standing there wearing this mischevious little grin that makes me want to slap it off his face. We find out later that he used Kao’s phone to like his modeling picture on instagram. He only did it because he knew that Pete would see it and make him mad.

Anyway! Mork and Sun are pretty cute in this episode. Mork has accepted Sun’s offer to work for him and he’s actually excited to start working even though he told Rain that he doesn’t want to be alone with Sun. Truth is, he’s most likely just confused at his developing feelings for Sun and he doesn’t know how to handle it.

So in this episode, Sun spends a lot of time training Mork and helping him get used to life working in a cafe. I love seeing the way they look at each other when the other is not aware of it because we as the viewer get to see how they are thinking about each other.

At one moment while trying to figure out how to work the coffee machine, Mork burns his hand on the steam pipe. So Sun helps him put some ointment on it. But in the moment, they are both quiet and thinking and next thing we know they are staring at each other like this.

But then Mork gets all shy and embaressed and looks away lol. And then who breaks the moment?? Rain. Rain finally shows up -__-

I’m annoyed with Rain. He’s always doing somehting he’s not supposed to be doing and Mork always lies to cover for him. Right now Rain is preoccupied with some girl named Manow who most likely doesn’t even like him back. The only reason why Mork worked this shift was to cover for Rain. But whatever. If this is how we are going to get our MorkSun canon then I will let it be lol.

So Rain ruins the moment and Mork and Sun go back to acting like they hate each other to try and cover what it looked like lmbooo. But he questions Mork about it later that night. The rest of the episode they are both just so cute! Nicer to each other but still hiding it under teasing. This episode, Sun even tells Mork that he only nags him because he actually cares about him and this surprises Mork.

Later on we see that Sun is still having financial issues with his cafe. He was having money issues in Kiss Me Again but in this series his business is doing better. Apparently it’s still not good enough because there is a man that comes to his cafe to tell him that the owner of the building wants three months rent in advance if he wants to keep his cafe. Sun asks him to ask the owner to reconsider and gives him the all the rent money that he currently has. The man lets him know that the owner most likely won’t and that Sun should go see him for himself.

Mork is watching this entire exchange from off to the side but Sun doesn’t know this. Did I already say they are so cute?? Well, I’ll say it again. They are so freakin cute!! So after all that, Mork helps Sun prepare for a barista competition and even takes him around to other coffee shops so Sun can know how to improve his drink recepes. I love seeing them get to know each other. I love Mork not being angry and short tempered and I love Sun not nagging so much. They literally make me squee!

So for the rest of the episode, while Mork and Sun are coming together, Pete and Kao are falling apart. And it’s all because of that little brat Non! Ugh, he makes me so annoyed! And just by looking at the clips for the next episode, I can see he is about to cause allllll sorts of drama. I just hope that Kao finally speaks up and stop being so daggon dumb!

Honestly, if I was Pete, I would want to break up with Kao after a while. I’m not as jealous as Pete but I just don’t like how Kao doesn’t speak up when he knows things are off. He’s not so dense that he doesn’t realize that Non is flirting with him. He needs to tell him to back off. I understand why Kao needs to continue to tutor Non. But that doesn’t mean he needs to allow all the other smaller things to happen. All the smaller things are leading up to one big mess and he could lose Pete if he doesn’t speak up.

And this episode ends really fiery because Non texts Kao telling him to return his shirt and sends him a bunch of lovey hearts and stuff. Pete sees the message and the episode ends with him staring at Kao, completely pissed off.

Ugh…why are they allowing this little kid to come between them?? He’s doing it on purpose, guys! I just want to yell through my computer screen lol. This kid…I just..

Anyway. That’s all for this review. I can officially say that I am invested in the show. If not for anything else, then definitely for Mork and Sun. Slowburn romance is the way to go! They are giving me so much cuteness and I’m falling for them just like they are falling for each other lol.

Also, I just want to include that Kao’s mom most likely already knows that Pete and Kao have a thing going on. She watches them like a hawk and notices things that they don’t even realize she is noticing. Kao has pictures of him and Pete together completely covering his desk in his room. They are always together and spend the night at each other’s houses practically every other day. And Kao still thinks she doesn’t know about them?? Boy, please. She knows. She’s just waiting on you to tell her.

If you’re new here, start from the beginning! 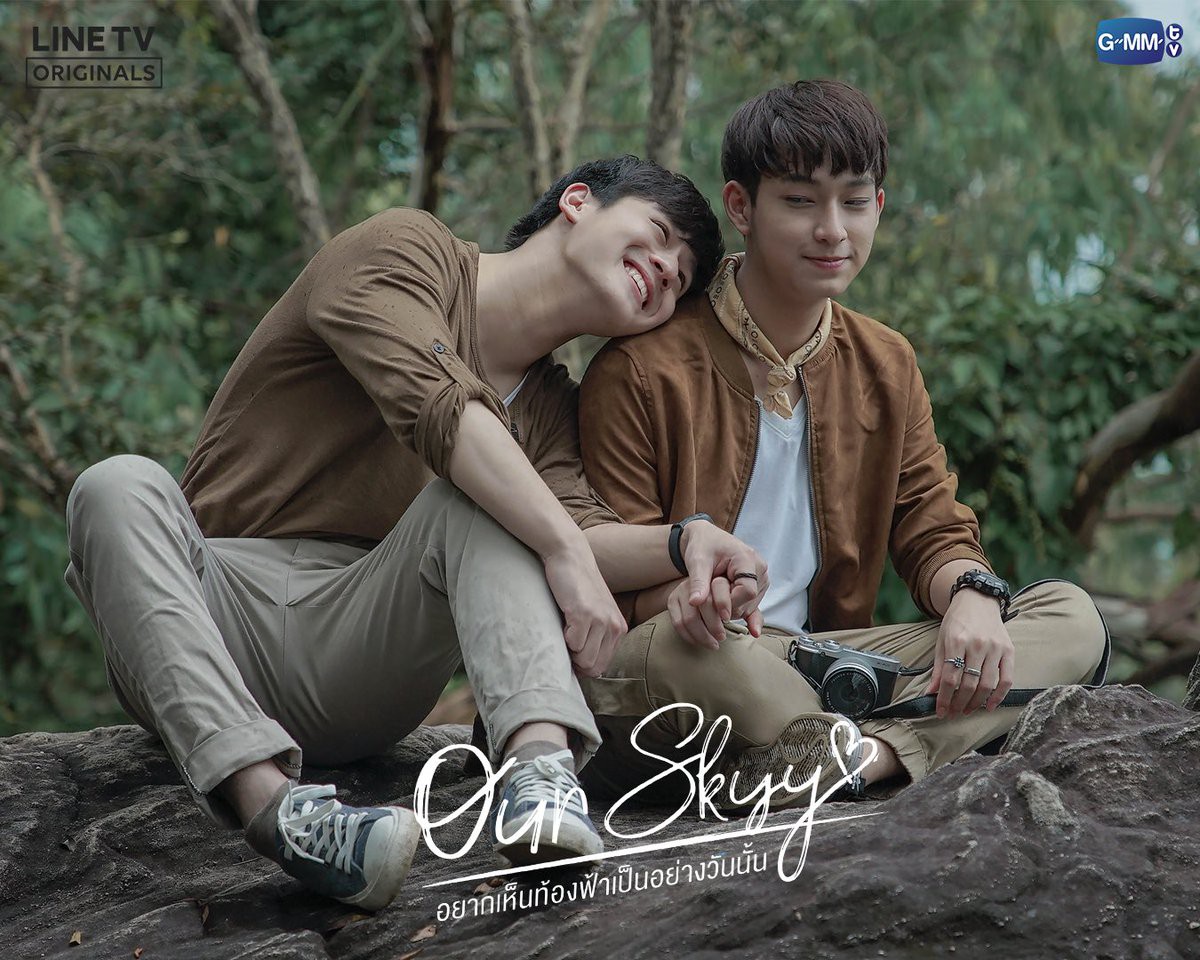