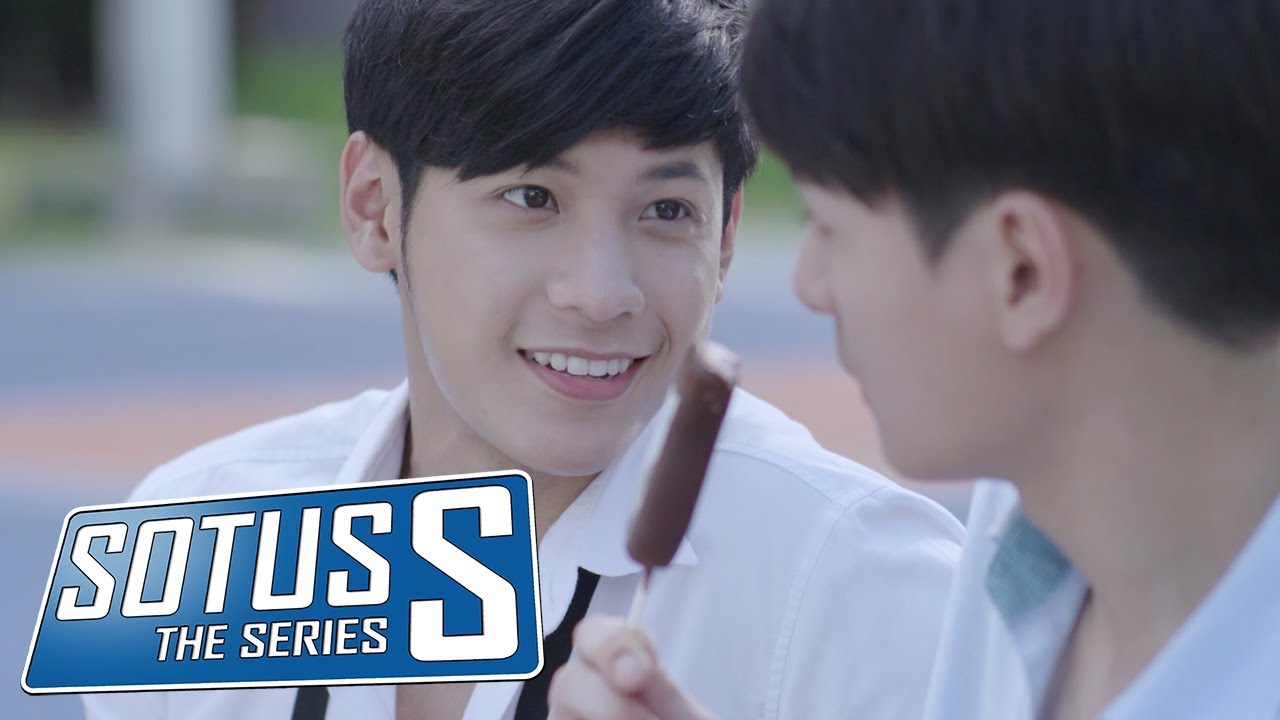 We are coming upon the end, friends! Only one more episode of Sotus S after this and then we are finished 🙁 Episode 12 was a little difficult to watch at first. Even with all the rumors and gossip going around about them now because of the picture, I just wanted to slap some sense into Arthit!

Lots of people around the company are talking about the photo of Kongpob and Arthtit. Some people think it’s cute, while others are in shock. But something that stuck out to me and really made me smile was how supportive and unchanging P’Earth and Tod are about the whole thing. Earth talks to Kongpob and tells him about the photos going around (he still did not know) and she offers him some words of encouragment.

At work, Tod is the one to give Arthit some encouraging words. He is honest and tells Arthit that he feels bad seeing Arthit hide who he is. He just wants him to be himself and only worry about the person who loves him. This was honestly such a sweet thing for Tod to say. I think the fact that it came from another guy is what allowed this to really reach Arthit.

Because of everything going on with Arthit and Kongpob, P’Yong also starts treating Nai differently, leaving Nai confused. And it’s such a slap in the face because they were just looking at each other like this.

But after everything blows up with the whole KongThit kiss, Yong starts acting goofy and avoiding Nai. And this makes it sooooo obvious that he likes Nai more than just a junior. I mean, we kinda knew it already, but still. This confirmed it. So for him to be actively avoiding Nai and hurting his feelings, makes me want to slap some sense into him too.

Anyway. Kong finally catches up with Arthit. He arrives home right as Arthit is unlocking his own door to enter his apartment and Kongpob let’s him have it! I thought Kong was just going to ask Arthit what the heck his problem was but homie had some bass in his voice! I was straight up taken aback because Kongpob never raises his voice. But by this time, baby is tired of Arthit’s foolishness. He’s gonna say what he has to say!

And what does Arthtit do? Stand there looking guilty then runs into his room…

After this, I think it’s the next day now and they end up accidentally meeting up at the same place: their university gym where they do all the hazing activities. To keep it short, Kong finally gives Arthit an ultimatum. He asks him – in a much nicer way than I would have – whether or not Arthit wants to be with him. And until he can answer that question for himself, Kong will be returning his gear. And with that, he walks away leaving Arthit sitting there.

So now things are more awkward between them than they have ever been. Kongpob moved out of his apartment without telling Arthit and this shocks him one morning.

Neither of them can even fully enjoy the going away party the company is putting on for the interns as it’s now their last day. And did anybody else find it strange that out of the entire Ocean Electric company, Kongpob and Nai were the only interns?

Anyway. Kongpob and Nai receive lots of gifts from the company and in return, they put on a performance for everyone. Kong sings while Nai plays the piano. And oofffff cooouurrssee they perform a love song! Lol. While performing, Arthit can barely keep it together and even P’Yong is standing in the back looking like this.

After their performance, they both have to give a short speech about their overall feelings about the internship. Nai gives a short and sweet message, clearly thinking about P’Yong. Then it’s Kongpob’s turn. Kongpob has always had a way with words. He’s good for making people feel things. But before the boy can even finish, Arthit goes running up to the front like a mad man, grabs the mic and tells everyone that he and Kongpob are dating.

Looolll and then the episode ends. Gah!

I don’t even have any closing thoughts right now lol, I’m so ready for the next episode omg. So I’m gonna go watch that now. Bye!

If you’re new here, start from the beginning.