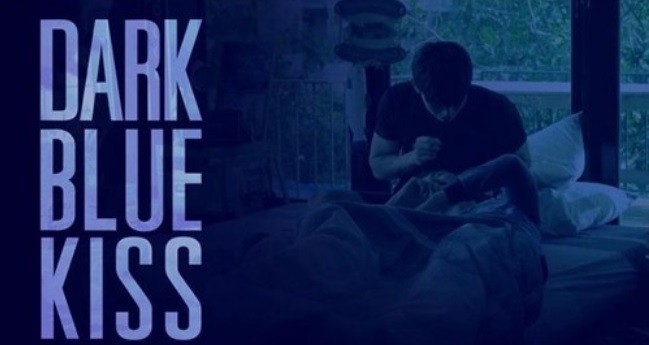 So I have finally come to the end of this roller coaster of a drama and I am soooo happy lol! It is safe to say that Dark Blue Kiss has been THEE drama to get my freakin blood pressure high and make me want to punch a wall lollll. Whew!

The entirety of episode 12 was one big ball of fluff and it was a much needed reprieve after everything that went down in the past four episodes. Seriously, ever since the end of episode 7, it has just been one big, crazy, messy storm! But this is the episode where everything came together and I can finally breathe again.

Things seriously hit the fan with Kao when Non and his dad came storming over to his house demanding that Kao stop lying. Non’s dad wanted Kao to delete his facebook post and “tell the truth”. Kao pleads with Non to tell his father the truth but he turns his back on Kao once again by pretending that Kao is the one lying.

Like, come on! Your father is threatening to take Kao to the police for sexual assault. SEXUAL ASSAULT!! You’re seriously going to stand by and watch just because you don’t want to get in trouble for getting drunk??

But as Kao and Non’s dad are having their screaming match, Sandee calls Kao in the middle of it all and tells him to quickly get on Facebook and watch Pete’s current Live. During this Live, Pete addresses what is happening with “his friend”. He plays a clip that he recorded between him and Non.

On the night that Pete went over to Kao’s house to talk to him, Non was there. They obviously had words with each other and Non said a bunch of things that weren’t true. He called Kao his boyfriend and even made passive remarks about getting whatever he wants from Kao (he was insinuating sex just to further get under Pete’s skin).

Non is so busy running his mouth that he admits that he is the one that broke them up by stealing Kao. He also threatens that if Pete hits him again, he’s going to tell his dad. Pete was livid at hearing this and was squeezing the recording bear that he created for his About Aboyz promotion thing. Later on when he got back home and calmed down, he must have squeezed the bear again and realized that he recorded the convo.

So Pete went Live with this information and outed Non. He then told people to be wise when choosing sides, especially when they don’t yet know both perspectives.

Kao played this Live in front of his mom, Non, and Non’s dad and you guys. The look of pure embarrassment on Non’s dad’s face was so priceless. But do you think he apologized for it?? Not at all. He snatched Non up and dragged him out the house in fury. Non is gonna get it good when he gets home and guess what?? I. DON’T. CARE. He deserves whatever happens to him.

After this, Kao finally goes after Pete whole-heartedly and apologizes for not believing him when he should have from the very beginning. At this point, Kao almost seems like a brand new person. He’s excited, he’s happy, and Pete’s crankiness while playing hard to get doesn’t even bother him. He’s excited to call Pete his boyfriend and to see his complete 180 degree switch just proves how much easier it is to be yourself and love someone when you are free. It reminds me of Arthit a little bit and how much more open he was to being around Kongpob in front of others after he publicly came out.

Both Pete’s dad and Kao’s mom are super supportive and they even all get together to have a family dinner. Honestly, it’s one of the most wholesome scenes from the entire series. Supportive parents rock!

One thing that I do wish could have happened is I wanted Sandee, June, and Thada to apologize to Pete for not believing him about Non either. But they never did. They just simply said that they didn’t know he was evil and that was it. And freakin Sandee tried to say “I told you he was fake”. GIRL, WHEN??? When did you ever say Non couldn’t be trusted? You didn’t! You believed his lies just like everybody else and then told Pete he was going too far and was too mean to him. So please have several seats. Thank you.

Mork and Sun are on much better terms now that they have made up but Mork is still not agreeing to be Sun’s boyfriend. Personally, I think he wants to be Sun’s boyfriend but is scared due to everything that happened. You can tell that even though Mork is very laid back (when he’s not being quick tempered and fighting) he is someone that cares a lot and loves very hard. Which is why he was so hurt when Sun did what he did to him.

After making up, Mork comes back to work at Sun’s cafe but still wants to keep some boundaries between them. But Sun is super pressed about spending a lot of time with Mork and getting Mork to say yes to being his boyfriend. So, Sun plans a party for Mork’s birthday and invites a small group of their friends. The party is really cute and low-key and Sun gets Mork a gift for if he agrees to be his boyfriend.

I actually have conflicting feelings about this. While I really do like Sun and Mork together, I did not like how Sun was pressuring Mork to say yes at this little party. Something like that should have been kept private. Having the presence of other people there puts more pressure on Mork to say yes when he might not be ready to just yet. I feel the same way about public marriage proposals; I don’t like them and I don’t think it is fair to the one being proposed to.

But anyway, Mork says yes to being Sun’s boyfriend and everyone is super excited about it. It was still cute and I am happy for them. Mork and Sun were the couple I cared about the most in this series. To me, they became the main couple as I was much more invested in them than I was in Pete and Kao.

Rain and Manow are now also officially a couple. They actually became a couple before Sun and Mork did lol. I don’t have too much to say about them because they are pretty typical but still cute enough. And I like how even though Mork rejected Manow, she is still friendly towards him and even supports him and Sun being together.

*sigh* I’m so happy this series is over lol. If there is another season, I don’t think I’ll be able to take it. I am happy to see everything get wrapped up so nicely and how everyone is able to keep their friends and move on from the crazy drama. Now it’s time for me to find my next series 🙂

All my DBK reviews: 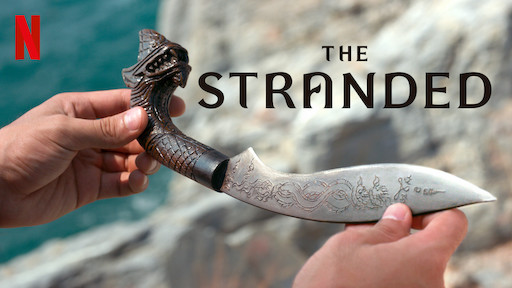