Hello everyone. So just like on my last HIStory review, I’m going to start off with a brief summary about what HIStory is. For any of you not familiar with the HIStory series, it is a series created by Choco TV from Taiwan who I think is now going by Choco Media Entertainment. Every story is an LGBTQ story with the focus being BL. They are currently on the third season.

The final series of this season is supposed to be a continuation of Crossing The Line from season 2. But we still have no word on when or if that one is even going to air.

Anyway. This is the second series out of season 3 and welp…I’m warning you now.

Yup. If you’re a crier, you better get those tissues ready.

Make Our Days Count tells the story of a group of high school boys and how they navigate life, love, friendship, and plans for their future. The focus is on two main couples but we get glimpses of their friends and how they handle certain things as well.

I waited to binge watch this series and I’m so glad I did because waiting for the weekly releases would have been torture. So let’s meet the main cast!

On the left, in order, we have Xiang Hao Ting and Yu Xi Gu, both in their final year of high school. Xiang Hao Ting is a loud and playful guy that frequently gets into trouble and doesn’t really care about school. Yu Xi Gu is the polar opposite. He is a book worm without friends and studies hard so that he can get into a national university as well as recieve scholarships for his high school studies.

Xiang Hao Ting comes from a fairly well-off family, so he never has to worry about financial burdens. Yu Xi Gu on the other hand, has no parents and he works hard as a way to ease the financial burden of his aunt who fosters him but is not involved in his life.

The other two are Sun Bo and Lu Zhi Gang. Sun Bo is Xiang Hao Ting’s closest friend out of his friend group and works part-time at his cousin’s gym. He’s loud, rash, and super emotional. But he is also passionate and loyal and goes after exactly whatever and whoever he wants.

Lu Zhi Gang is an older 20-something guy who owns a cafe and works out at the gym that Sun Bo is a part-timer at. He has a difficult past when it comes to both familial and romantic relationships, so he is very apprehensive about Sun Bo’s advances for fear of being hurt again.

I think the writing for this series was good for the most part. Nothing seemed really out of place and if ever there was anything that I found silly or corny, I just remembered that these guys are portrying high school students. Young kids do and say silly things.

I enjoyed this series because even though some difficult topics were explored, I spent a lot of time laughing at the episodes. There was comedy, there was fluffiness, and there were sexy times in addition to more serious matters and I liked that balance.

The message the series was trying to send was evident and I understood it, even though I do not like how this series ended. Live your life for today, love if you love, laugh when things are funny, cherish the times and people that are important to you, and make every single day count. This is an important message, and I think many people forget this in their day to day lives, including me.

While I enjoyed the story and the message, I think the ending needed more work. It was way too abrupt and I feel like I did not have any closure for what happened with the characters. I was left with questions about many things due to the enormous time jump between the last two episodes.

It almost feels like there was definitely more written in the story, but possibly due to time constraints or budget, things had to get cut short and skipped to the end. I even questioned whether or not I missed an episode because the ending of episode 9 and the start of episode 10 are far too drastic. Overall, I am left feeling unsatisfied and wanting more; which is a shame because other than that, I seriously enjoyed the series.

The acting was A-1. I think each actor portrayed their characters and the emotions that they carry very well. The standout actor of the series was most definitely Song Wei In who played Xiang Hao Ting. Simply put: the man can act. He can be the annoyingly playful high school kid that gets into trouble; he can be the big bully; he can be the hormonal teenager that can’t stop thinking about sex. But he can also be a man in love and a man who grieves. I believed him. And that, my friends, is good acting.

Every other character played their roles perfectly to me. If I didn’t like a character, it had nothing to do with how the actor was acting, it was simply because I didn’t like that character in the overall story. Good job everyone.

There were a lot of characters in this series. I personally feel it was too many because there were a few that just sort of fell out of the series without much explanation. There was a man that clearly liked Lu Zhi Gang but this was never explored. Xiang Hao Ting’s ex-girlfriend and her friends pretty much fell off the face of the earth after a scam gone wrong and didn’t make another appearance until the last episode, 6 years in the future.

There is also a guy that drifted in and out of Xiang Hao Ting’s friend group. Sometimes he was there as if he had been there the whole time, other times he was nowhere to be found. Because of this, I always find it best to just cut down on the characters. Especially if they don’t add anything to the story anyway.

Xiang Hao Ting’s friends, although they could be over the top and annoying at times, they were loyal friends and I enjoyed them for the most part. I like how they accepted Sun Bo and Xiang Hao Ting after they revealed they liked boys. They even went out of their way to try and “research” what it’s like for a boy to like another boy by renting boyslove manga books lmaoooo.

Overall, they were loyal friends. And despite the issues they had with Yu Xi Gu in the beginning, they quickly accepted him into their little friend group after he and Xiang Hao Ting became an offical item.

The twins were super hard to tell apart though. Majority of the time I had no idea who I was even looking at lol. one of the twins seemed to secretly like Yu Xi Gu due to the way he would gaze at him, but then it would switch and he seemed to just really want the attention of Xiang Hao Ting. It was actually pretty confusing and was never explored so I ended up just forgetting about it and focusing on the main couple.

The other characters were Xiang Hao Ting’s family. His father was the typical overbearing, demanding father who never accepted Xiang Hao Ting’s gay relationship. The mom was kinda funny and the sister played the perfect little sister. I liked her and how she supported and helped Xiang Hao Ting no matter what.

I’ve touched on this a little already and I liked the story despite my feelings about the ending. The message was a good reminder although the story felt like it was cut short and suddenly had to end for reasons unknown.

*sighhh* This is a complicated one. I seriously enjoyed this series. I really did and would recommend it for others to watch. Even now, I can’t stop myself from thinking about it. The inner hopeless romantic in me wants to experience the love story of Xiang Hao Ting and Yu Xi Gu again and again. But I know that my heart can’t take it and I can’t help but feel unsatisfied and even a little bitter towards the writer for choosing the route she did. I don’t think it was for shock value at all. I truly believe there was more to the story but it had to get cut for whatever reason. And if there wasn’t more to the story, well…that’s really just a shame. Either way, use your own judgement and watch if you want to. It’s not the first time I’ve fallen in love with a sad story. 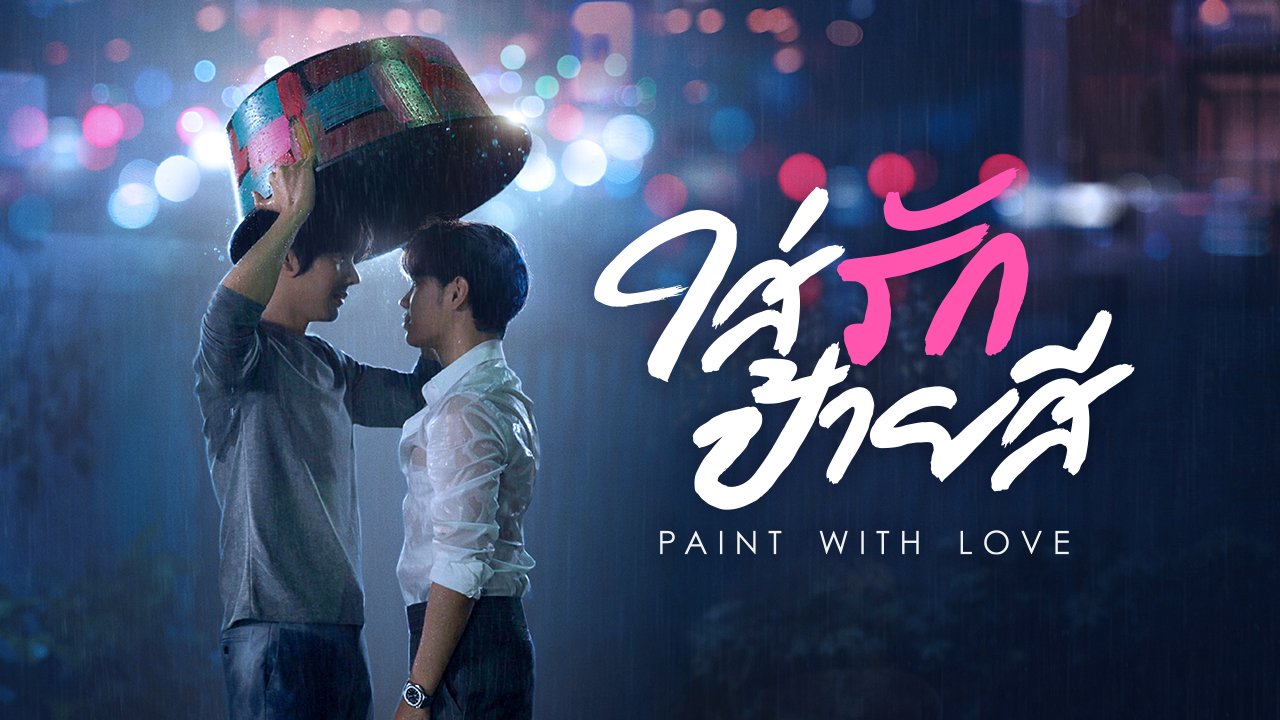 [Review] The Moment I Need You 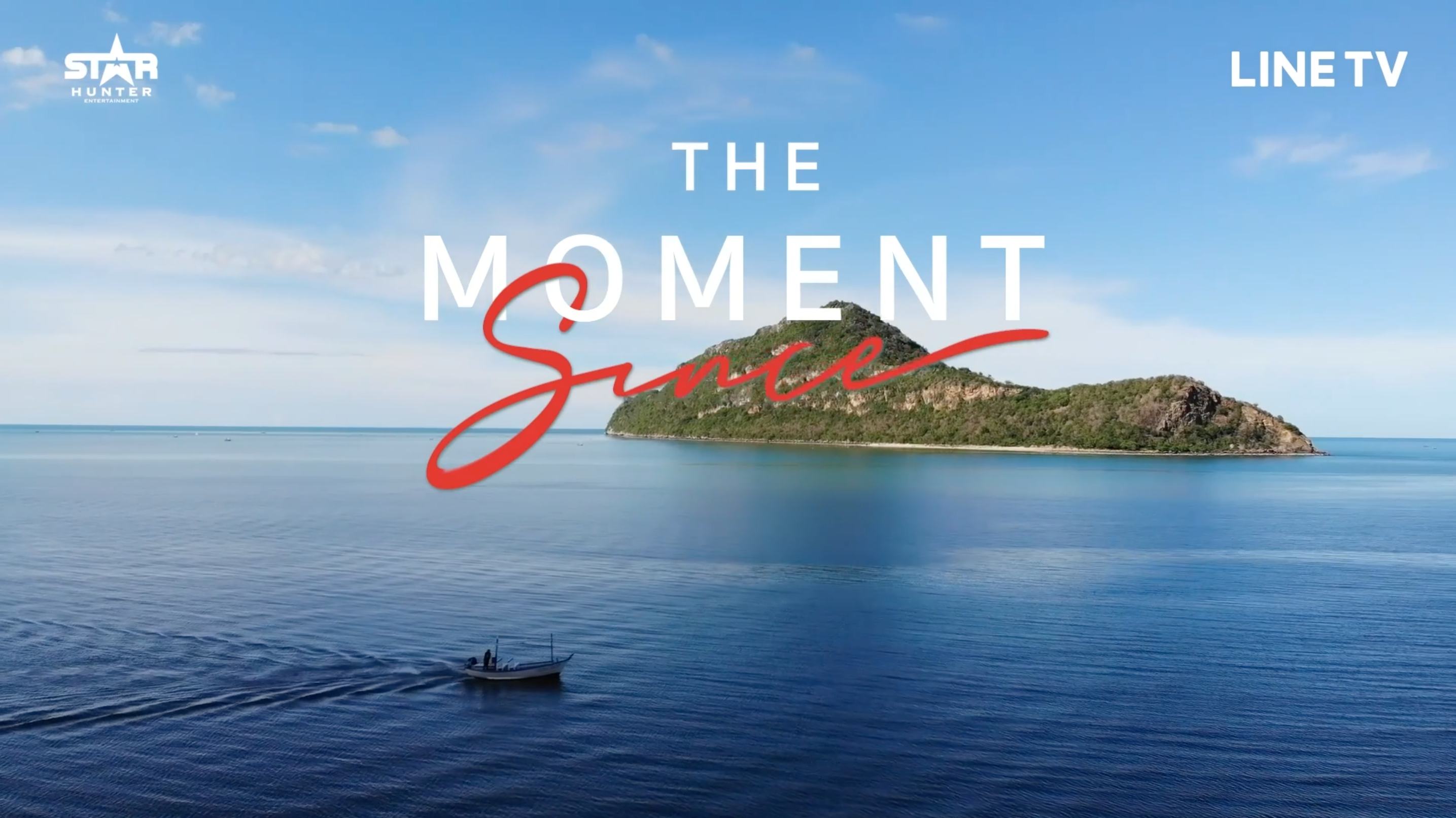 [Review] The Moment Since