Welcome back to another series review. This time I am reviewing another Korean BL mini-series named Color Rush. Before I jump right into it, I want to give a fair warning. If you plan on watching this on the viki app, DO NOT READ THE SYNOPSIS ON VIKI! The summary that is listed is straight up false advertising and since I read the synopsis first before watching, it has greatly impacted my feelings for the series as a whole because I did not get what was advertised to me. So, here is MY summary of the show.

Yeon Woo is a Mono. Someone that has a neurological color blindness that allows him to only see the world in shades of gray. There is only one way a Mono could ever see color and that is by coming in contact with a Probe, someone that can unwittingly allow a Mono to suddenly see the world in color. A Mono only has one Probe, and it is common for many Monos to go their entire lives without ever meeting their Probe.

Yeon Woo doesn’t want to meet his Probe. He is perfectly content with seeing the world in the shades of gray he has gone his whole life seeing. Yeon Woo’s mother was also a Mono and has been missing ever since he was a child. The sadness he feels due to her absence, along with the increasing incidents on the news about Monos becoming obsessive and violent after meeting their Probes, has Yeon Woo wanting to live his life in recluse with no one but his aunt who looks after him.

But after a bullying incident, Yeon Woo ends up transferring to a new school and as fate would have it, he meets Yoo Han. His Probe. As the world washes over in color, Yeon Woo becomes increasingly drawn to Yoo Han. At first, he rejects Yoo Han’s friendship. But what happens when Yeon Woo can no longer stay away?

Right away, I had empathy for Yeon Woo. He has a neurological condition, has no parents, is being raised by his aunt, and is constantly switching schools due to other kids bullying him for being a Mono. I can understand why he wanted to keep to himself and not make any friends.

Firstly, it’s hard to make friends when you’re constantly changing schools. Secondly, it’s hard to begin to trust people when you think they might turn against you the moment they find out you’re a Mono. And lastly, it’s easy to begin to become frightened of yourself when you think you just might turn into a murderous monster the moment you meet the one person that can bring color into your life. Yeon Woo has a lot going on and as much as I wanted him to open up and make friends, I could understand why he didn’t want to.

Yoo Han came off a bit mysterious at first but soon turned pushy and a bit sensual. I didn’t really know what to make of him, honestly. He definitely wasn’t my favorite character. And since we as the viewer don’t get much more about him besides the fact that he’s Yeon Woo’s Probe, there isn’t much else I can say about his character.

There is something that is revealed about him during the last episode of the drama, but it was so last minute that it just felt like a way to justify why Yeon Woo and Yoo Han were so obsessed with each other. This new revelation could have been a great addition to the overall storyline and could have been a great justifier of why he was so obsessed with Yeon Woo in return. But it wasn’t done well so I didn’t like it at all. It felt like it was just thrown in last minute without much thought behind it.

Other minor characters are Yeon Woo’s aunt and two friends at school who barge their way into Yeon Woo’s life. The aunt is super protective over Yeon Woo and rightly so. She is his legal guardian, and his mother (her sister) has been missing for years. They are presumably each other’s only family so I understand why she was so overprotective.

The two friends at school were the light in a dark tunnel. They were fun, lively, silly, and super accepting of people who have conditions. They just wanted to have fun and that was it lol. I liked them and actually wanted to see more of them in the series.

The actor that played Yeon Woo was by far the superior actor across the board. I don’t think anyone else was extremely horrible or anything. I just think that Yeon Woo’s actor was more committed to his role and really showcased his torment in a way that I felt was appropriate for the overall story.

On the other hand, the actor that played Yoo Han was quite boring. I don’t know if his character was supposed to come off this way or if this was his way of trying to keep a mysterious aura for his character. But I was not impressed by him.

The kiss scene was also trash.

Honestly, the story was lacking detail and depth. Even if I hadn’t read the synopsis first, I think I still would have finished this series feeling unsatisfied. This series is classified as a mystery, yet we never find out what happened to Yeon Woo’s mother which was the whole mystery in the first place??? Make it make sense!

Like I said above, Yoo Han has his own condition that we don’t find out about until the last episode. But because it was revealed so late, I don’t know why it was revealed at all. It didn’t change what happened. There was no story progression since the story was practically over anyway. And it didn’t explain anything that had been previously presented in the series. So, why? What was the point?

Lastly, I would like to give a trigger warning for suicide in this drama. If you are someone that gets triggered or are deeply sensitive to the mention of suicide or viewing suicide attempts on screen, you might not want to watch this series. While I can understand why this series wanted to take such a dark turn (the mystery of missing Monos including Yeon Woo’s mother, increasing incidents of obsession that turns into violence between Monos and Probes), I just don’t think it was done well.

The suicide attempt felt pretty random to me, and it wasn’t handled well at all. I mean, the only response we get from the aunt is her telling Yeon Woo that she knew he was up to something and that he needs to get himself together. Like, seriously??? Ugh. What a gross way to address depression and anxiety which is exactly what Yeon Woo had even though he wasn’t diagnosed with it.

I don’t have much to say about the scenery in this series. Some outdoor scenes were really nice because there was a certain view of the sea or mountains and I like looking at those things. But other than that, most of the series was filmed indoors in an apartment, school classrooms, school hallways, bedrooms, hospital rooms. Nothing really fancy at all so, not much to really write about. The most memorable indoor scene was when Yoo Han took Yeon Woo to a color exhibit. I would love to go to a color exhibit!

The music in this drama was so nice and I would actually like to find the soundtrack so I can listen to it. The songs were great for the different scenes but at the same time, I could imagine some of them being played on the radio in real life or something. Every song was very pleasant the ear.

Overall, I was quite disappointed by this series. Not only did I not get what I thought I was getting, but I do think the story lacked depth across the board and completely lacked the mystery that viewers were supposed to be getting. I would have loved to dive deeper into certain storylines such as what happened to Yeon Woo’s parents, but more specifically, his mother.

There were many things that I would change about this series. Maybe the book has more depth and detail to it but unless there is an English version of it floating around somewhere, I’ll never get the chance to read it for myself so all I have is this series which left me very unsatisfied.

I actually really liked the concept of this series. The idea that someone is colorblind and there is only one person in the entire world that can make them see color simply by existing, is so fascinating to me. And Yeon Woo’s condition made me think that it would also be a really cool idea if all Probes went through life with this condition until they found their Mono. This type of storyline has such a fated lovers/soulmates type of vibe and it sounds like it would be sooooo good. But alas, that’s not what we got. I rate this show a 2 out 5 stars for this reason.

If you happen to see a Color Rush fanfiction pop up on this blog, don’t be surprised lol. I’m so tempted to write my own recreation of it because I was left so unsatisfied by this show :/ 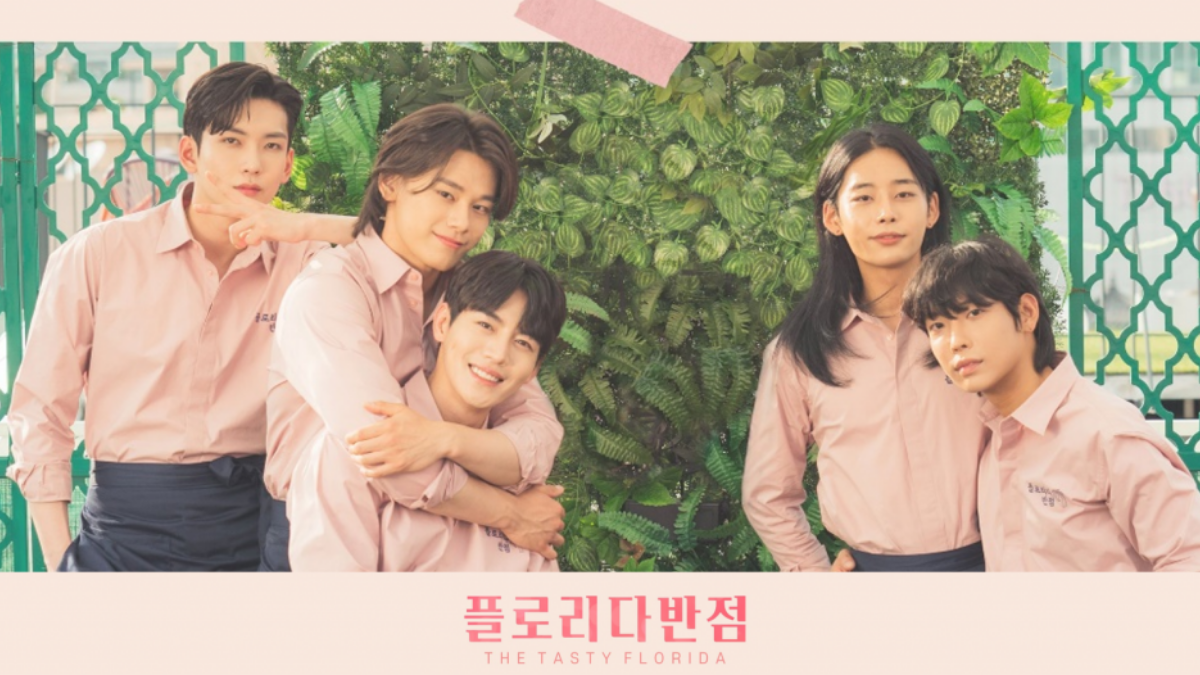