I have absolutely noooooo idea what the heck is going on anymore in this show. The past five episodes have been eerie but still interesting. There is a mystery about this island that I was trying to solve; there’s moral grayness among all the characters; And lastly, I’m hopful these kids will get the heck off this darn island. However!

Episode 6 took a wild turn and now this show is just freakin weird. Nothing makes sense anymore and absolutely nothing is tying together. It seems like the writers tried to pump up the thriller aspect of the show because creepy and strange things were happening left and right throughout the whole episode! I was seriously watching this episode like this,

Seriously, nothing was making sense and I’m feeling like I can’t take this show seriously anymore. Everyone on the island is turning on each other. Professor Lin is still Creepy McCreepy. Krit is still locked up and starving. Arisa and her two friends are still lost in the jungle. Anan is still a jerk but now he’s also abusive and crazy so, yay -___- But let me try and make this review somewhat understandable.

In this episode we get a little bit of backstory on Nahm. Nahm has been having visions since she was a young child but she and her parents always put them off as “bad dreams”. Nahm even predicted the death of her own father without actually knowing. After that, her mother took her to a temple to meet with a monk to have some type of ceremony. I think her mom was hoping the ceremony would stop her visions. But the monk told them that what Nahm has is nothing to be afraid of and that it’s actually a good thing.

May is pregnant. This episode takes place a week after her little night excursion with Kraam. One evening while she is checking her calendar, she realizes that she has skipped a period. She goes to the school’s nursing office and takes a preganancy test and yep, she’s pregnant. The baby could be either Kraam’s or Anan’s.

But if you ask me, the baby is Kraam’s. When she was checking her calendar, her period was marked for the previous month which means she had her regular cycle for that month. I’m not sure how much time in these episodes have passed but May has been spending less and less time with Anan for a while now. We are also led to believe that it’s been a long time between episodes. Which means that is has been a long time since May last had sex with Anan. She had very unsatisfying sex with Anan the day Creepy Professor Lin washed ashore. That was literally ages ago and she’s been having regular periods ever since. Until now, after she’s had sex with Kraam. It’s been a week since they did it and an egg only takes 6 to 10 days to implant and fertilize. So, long story short, she’s pregnant with Kraam’s baby.

She finally tells Anan and he goes freakin ballistic. He pulls her hair, pushes her to the ground, then drags her out to the boat and ties her to the sail so she can’t get away. Then he threatens her with a hammer saying there’s no way he’s going to let her end up with Kraam. Like….???

Anyway, people come out and see Anan and May in the boat and think they are trying to get away and leave everybody else. But Anan starts a freakin riot and tells whoever is there to get on the boat if they want to leave. Problem is, the people standing there aren’t the ones who had their names drawn as people who are getting on the boat to bring back help.

Everyone else hears all the commotion and come running and everyone immediately starts fighting because the people who are supposed to be on the boat are mad, the people who are not supposed to be on the boat want to go home, May is still tied to the sail like she’s about to be burned at the stake, and Anan is egging the whole thing on while Professor Lin does what she does best. Watches from afar looking creepy.

So through all the fighting, the boat sets sail and Kraam goes after it. He gets on the boat and rescues May. Anan tries to stop them and picks up a wooden plank and is about to knock Kraam upside his head when all of a sudden the water on the other side of the mountain starts glowing and huge balls of fire spew from underneath and launch themselves over the mountain at the boat as well as all the kids standing on the island while Kraam and May swim away. And yaalllll…

Like, how on earth is any of this happening?? HOW??

Anyway, the sail on the boat burns down, all the kids in the boat have to jump out and swim for their lives or else they’ll burn too. All the kids on the island are running back to safety while also trying to help the ones that got injured from the random flying fire comets.

*sigh* A part of me is just so done with this show while the other part of me is still trying to piece this mess together. Here is my theory of the randomness: Kraam is the one that has a connection to the entire island, right? I’m thinking since Kraam was in the water, the water (which is still a part of the island) was actually trying to protect him by preventing Anan from killing him and May. That could be a real stretch but this show doesn’t make sense anymore anyway so who cares.

Ice apologized to Ying and gave her his spot on the boat. Only, it doesn’t matter anyway because of all the mess I just described above.

Arisa and her two friends are trying to find their way back to the school when they start to hear a noise. It sounds like someone is making a clanking sound to get their attention, but that sound soon turns into music. They all begin to follow the music but they are confused because there is no electricity on the island so how can there be loud music?

They follow the music through an entryway in the large cave they are in and stumble upon a party. But get this, all the people at the party are their friends and classmates from the school. And the party is just one huge deja vu moment because it’s the same graduation party, showing the same scenes from before the tsunami hit the island. At this party, Krit is not locked up, Jack is still alive, and so is Joey – the guy that died all the way back in episode 1.

All three of them are super confused and I honestly have no idea if they are hallucinating or not. But suddenly the party stops. The music stops and everybody disappears but all the decorations and lights are still lying everywhere.

At this point, I have no idea why Arisa & friends are still out there. I would have been booking it back to the school and away from the creepy hallucianations fast! But no. They start to hear that clanking sound again and what do they do? Follow the sound.

So it turns out that the sound is coming from behind a bunch of rocks. It looks like there might have been an avalanche or something. So Arisa starts digging the person out and who is trapped behind the rocks???

Help me understand! What the heck is really going on??? She looks mad sick and famished because who even knows how long she’s been trapped behind the rocks. But at the same time, is this another hallucination? Arisa & Friends have been seeing strange things ever since they entered the jungle. Is this another one of those strange but not real things? Is this really the real Professor Lin? Who knows??? Because I sure don’t.

This is where this episode ends. There is only one more episode left and I am not feeling hopeful at all lol. absolutely nothing about this plot is coming together in any way, shape, or form. If this show ends on a cliff hanger or with one of those annoying open endings, I’m going to be so disappointed. Open endings always make me feel like I wasted my time 🙁 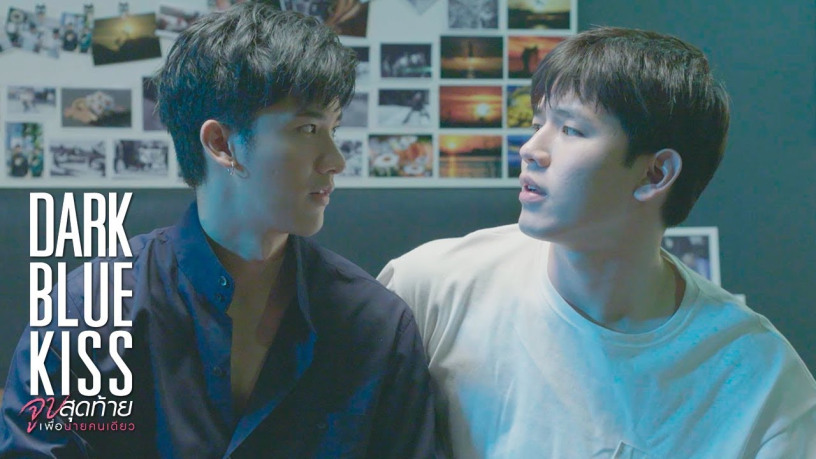