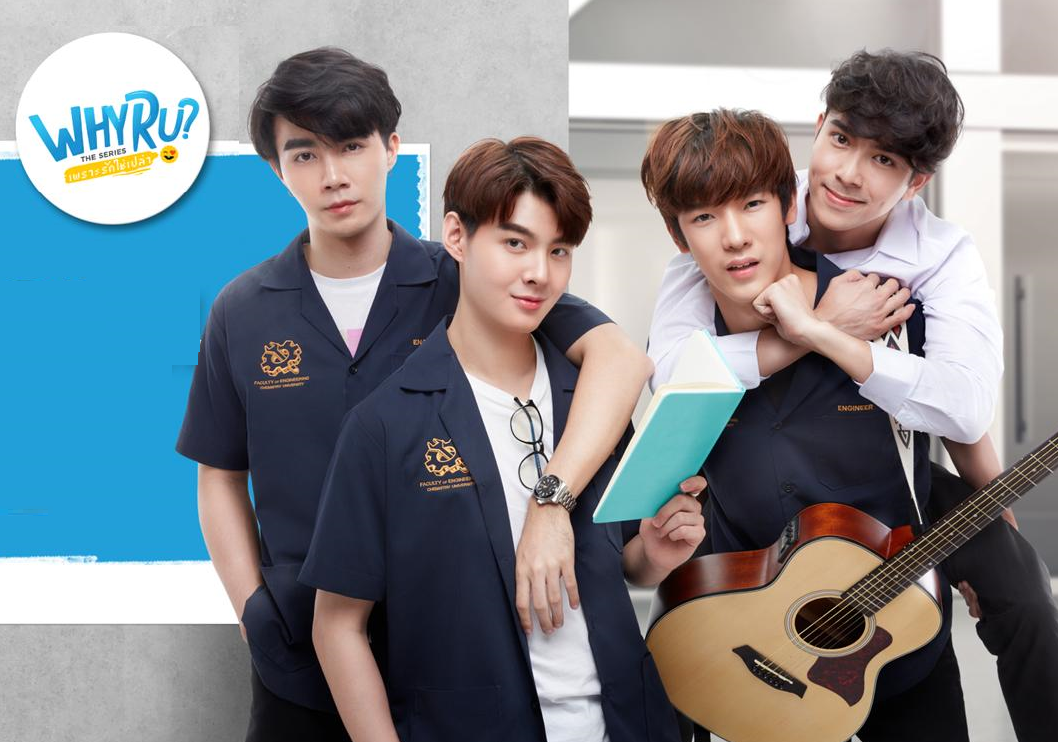 So we have finally reached the end of the season and I feel a bunch of conflicting things. Our two main couples both got their happy ending and I am happy about that. But I am sad that there aren’t anymore episodes. There could have still been so much more to give us viewers between the main couples as well as the side couples, so I can’t help but feel a little dissatisfied with that. This was also a short episode! Waahhhhh

In this episode, Tutor and Fighter talk out their issues and make up. Fighter hashed things out with his dad and before leaving for the beach, his dad filmed a video for Fighter to show Tutor. Papa Fighter apologizes to Tutor for the things that he said to him and asks him to take care of Fighter. He admits that he just wants to see Fighter happy. +100

Then Fighter and Tutor promise each other that they will always be there for each other and be each other’s happiness. +50

One thing I would have liked to see is Tutor apologizing for all the crap he put Fighter through. I definitely feel like Fighter deserved an apology. Tutor truly hurt that boy all because he didn’t want to tell Fighter about his own dad. I wasn’t happy with that so, -50.

But in the end, they make up and all is well. Yay.

Saifah and Zon spend some time together as well. Zon can still be a little bit feisty but he’s still the cutest little nugget and Sai is still a big goofball so it’s fun to see them interacting as a couple.

I love that Sai and Zon are the cute and cheesy couple because it just feels so much more relatable to me. They are cute, they are cringey, they are awkward, they are silly, they are nervous when they are alone together. And I love it! Lol I feel like first love is all of these things so it’s nice that they are the couple that embody all of this. I heart them. +50

Saifah, Zon, Tutor, and Fighter spend the evening together and the whole thing is like one big double date. Both couples are acting super domestic and it’s a relief from all the drama we were getting in the past couple of episodes. Tutor and Fighter are their normal super sexy selves, and Sai and Zon are cute and awkward and relatable lol.

After dinner and drinks, both couples turn in for the night and the night time activities ensue lol. Fighter is all too eager to “take back” what was his and asks Tutor if he can do so. But Tutor surprises us all and asks if he can be the one that “takes ownership” of Fighter tonight.

Then he literally throws Fighter on the bed and climbs on top! And Fighter is all too happy to oblige. He’s practically grinning like an idiot to have Tutor take control and he be the bottom for the night.

And from there on out, it’s a spicy night between the two of them. I was actually glad that this scene wasn’t a long one because we all know that Tutor and Fighter don’t hold anything back. Not to mention, Fighter’s moans embarrass the heck outta me so I can’t watch their sexy scenes without covering my face and peeking through my fingers lmaoooooo.

Anyway. Jump cut to our little angels Sai and Zon. Zon is sitting back against the headboard awkwardly while Saifah strums away on his guitar. It’s obvious that they both want to talk to each other but neither of them know what to say. They have spent the night together before, but for some reason this night feels different for them. I’m guessing it’s because they both kinda want to explore each other’s bodies, only both are too scared to make the first move. They both also know that doing so will solidify their relationship and they’re both just…well…nervous lol.

Zon asks Saifah how long he’s going to be playing his guitar and Saifah tells him that he should just go ahead and go to bed because he’s going to keep playing for a while. This makes Zon upset because he really does want to cuddle and do things with Sai, so after a while, he finally crawls over to him and asks him,

I think the little kiss on Sai’s neck was the sweetest thing. It was sweet enough to tell Saifah that he wants his attention, but just sexy enough to let him know that he wants more than just attention right now. We can see that the kiss really sets Saifah off. Like, he’s barely containing himself. I honestly think he was just trying to be respectful to Zon because Zon has always been the one that is quick to run away. The kiss on the lips though, seems to have startled Zon and he doesn’t kiss him back.

But it turns out Zon was just worried about Sai’s decision of them being together. He asks Saifah if he’s sure and Sai, without a moment’s hesitation, tells him yes, he is sure, and he kisses him again. I swoon! +500

So they creep up the bed while they kiss and the kissing starts getting really heavy. Saifah kisses with a lot of tongue and I have to go back to covering my eyes lol. Saifah is pretty passionate while Zon is meek but still shows that he wants Saifah. Zon has never been in love before and he’s been scared from the very beginning. So, the whole thing kind of overwhelms him and he starts to get emotional.

Sai looks at him with so much love and promises him that he will only have Zon. This touches Zon a lot and he promises in return to only give himself to Saifah, and the little angel even starts to cry. Liiiikkkeeee can he be any more pure?? Omg <3 +1000

The next morning is filled with lots of cuddles. When Saifah and Zon wake up, Sai is all too excited to cuddle and ask for more kisses from Zon. And Zon being Zon, he still gets all embarrassed and shy. But he still gives him some kisses anyway. On one of them though, Sai tricks him. He asks for a kiss on the cheek and when Zon moves to give him one, Sai turns his face really fast so that they can kiss on the lips.

Then our little nugget gets all shy and squeezes himself under the blankets but he doesn’t run away like he would in the past. Saifah notices and even tells him that he’s getting better lol.

Tutor and Fighter have all the morning cuddles and kisses too. And we still didn’t get an apology out of Tutor but he at least thanks Fighter and tells him that he missed him. He thanks him for coming to the beach to see him and tells him that if he had never come, he would be really lonely.

Then Saifah and Zon barge in like they own the place and catch them kissing lol. Of course this makes Zon embarrassed, but Saifah is all too happy to see them together and is happy that they made up and are happy again.

Then they all four go out to the beach and it’s literally ponies, unicorns, rainbows and skittles from here until the end lol. Everyone is in complete and utter bliss. Tutor and Fighter basically tell each other they love each other and share a heartfelt hug and a few more kisses.

And Zon and Sai aren’t yet done showering us with sweetness. They thank each other for entering each other’s lives and Sai even calls Zon “baby”. I honestly think I have cavities from so much sweetness. But you know what? I don’t even care. I’m just happy for a happy ending. +200

Look at them! They are so freakin precious <3

But I’m dying laughing at how much Zon has to stretch his neck to reach giant Saifah lollllll.

That’s all for this episode. It ends with the four of them playing in the water, living their best lives in love. Long live romance!

This was an entertaining series. It’s not the best that’s out there but it was entertaining and I enjoyed watching it. There are supposed to be special episodes in the future that ties up all the loose ends with the other couples as well as to expand more on Saifah and Zon’s relationship. I’m really hoping for those episodes for Sai and Zon because this show was supposed to have two main couples. But it turns out, Tutor and Fighter became the main couple while Saifah and Zon kind of fell to the background.

I don’t know what filming will be like, especially now that covid-19 is attacking all over the world. But I will keep hope. Maybe we can see these characters again in the future.

Let’s tally up the points!